So many issues affect our consumer confidence and buyer demand and capacity. Here are few items to be more informed on the trends. 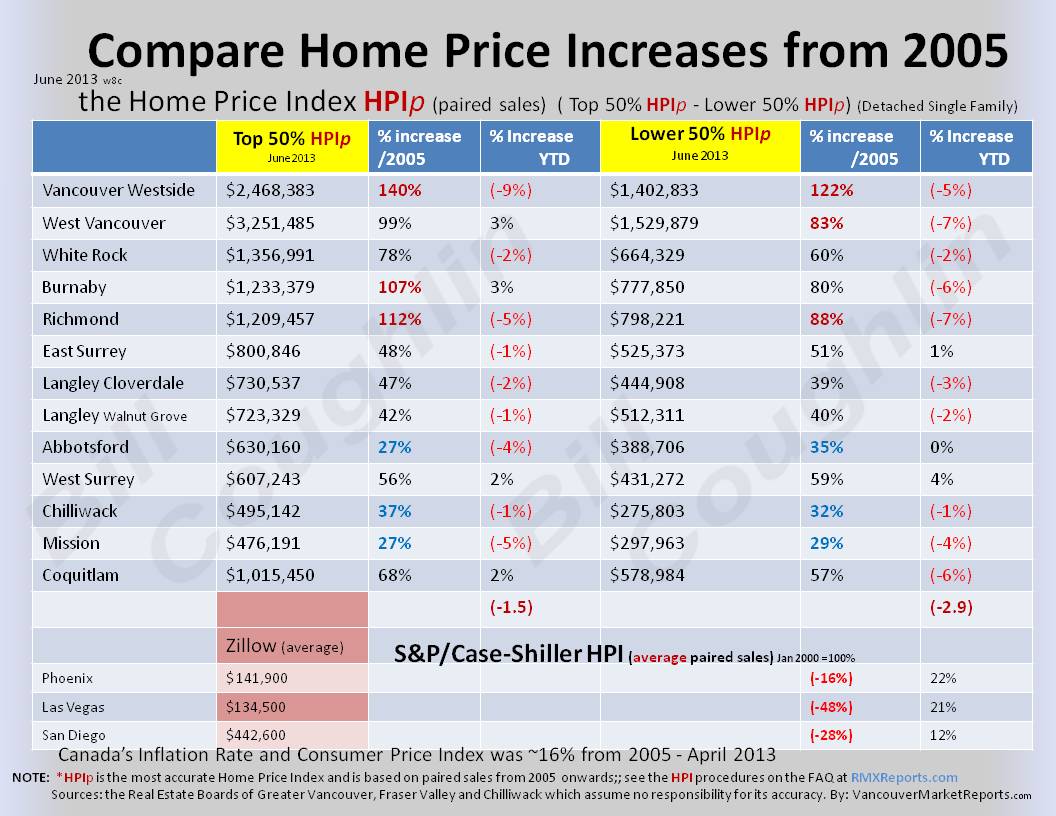 Finance Minister Jim Flaherty said he isn’t planning new measures to restrain the country’s housing market because his past four rounds of action have already worked to avoid a bubble.

“So far, I’m satisfied that we have a balance in the real estate sector,” Flaherty told reporters in Wakefield, Quebec, at the start of a policy retreat with business leaders. “There are some bumps along the road in Toronto and Vancouver, in particular in the condo markets, but overall, I’m satisfied,”

Both Bank of Canada Governor Mark Carney and Finance Minister Jim Flaherty have been on the march against a housing bubble for years, aware how low rates and loose lending standards in the United States ignited a boom and bust there.

The central bank has held rates low since the global financial crisis because growth remains tepid and global woes weigh on Canada’s export market, and Canadians can find a five-year mortgage rate below 3%.

But the government’s gradual tightening of rules for borrowers — a firm admission that the market was hotter than anyone was comfortable with — has taken some steam out of the market, and economists, like Carney, seem to believe a soft landing may be at hand.

“We’re encouraged by the fact the level of housing starts has come down to slightly below demographic demand, as we see right now, there’s still more adjustments to go,” he said in testimony to Parliament last week. “We’re encouraged by the evolution of house prices in a number of markets. We’re on the path to a balanced evolution of the household sector and we all have to continue to be vigilant.”

Recent history shows, however, that even the top policymakers can make huge miscalculations on housing. The most notorious case might be that of Federal Reserve Chairman Alan Greenspan, who failed to see the U.S. housing catastrophe on the cards before he left in 2006.

Carney may be on to his next job in Europe before any hard downturn in the market proves him wrong. He leaves the Bank of Canada in June for a job heading the Bank of England.

The latest figures suggest Canada’s housing market is slowing rather than collapsing. National sales of existing homes were down 15% in March from a year earlier, but they edged up from the prior month as spring buyers breathed a little life back into the market that had been cooling all winter.

Prices, which rose 84% in the last 10 years, are still rising, though they were up less than 3% from last year in March – a slowdown welcomed by everyone but sellers. But bidding wars remain commonplace in hot markets like Toronto, where immigration and low supply fire demand.

Glenn Lowson for National PostYale economist Robert Shiller, one of the few to predict the U.S. housing crash, sees the same thing happening in Canada — just in slow motion.

Interest rates are stuck at historic lows, so affordability is actually improving as the market cools, though it still takes about 42% of pre-tax income to cover the typical costs of owning a detached home. Canadians have $1.65 in debt for every dollar they earn, a ratio that makes policymakers shudder.

The notorious debt-to-income ratio, at a record high, has been cited time and again by Finance Minister Flaherty and Carney as a sign consumers have taken on too much debt.

But while many economists are reassured by the differences between the Canadian and U.S. housing markets, there are some who care more about the similarities.

Yale economist Robert Shiller, one of the few to predict the U.S. housing crash, sees the same thing happening in Canada — just in slow motion.

To Shiller, whose Case-Shiller Home Price Index is widely recognized as the best measure of U.S. house prices, the parallel between the U.S. bubble and Canada’s run-up in home prices measured by the Teranet index is obvious.

“I just plot. I plot the Vancouver Teranet index with my own San Francisco index. It looks the same. Vancouver is no tamer than San Francisco, and San Francisco is one of our bubbliest cities,” said Shiller, who looks at psychology as much as data to draw his pessimistic conclusions.

He’s an outlier. A February Reuters poll of 15 forecasters, including most of the major Canadian banks, predicted Canadian house prices will fall just 7.5% in the next few years. None believe the correction will result in the devastation seen in the United States five years ago.

“It’s not even this time that is different, it is that this place is different,” said David Onyett-Jeffries, an economist at Royal Bank of Canada, the nation’s largest lender.

But Shiller said the psychology and patriotism of bubbles — the idea that a national can’t spot the problems that an outsider can — are not represented by Canada’s low default rates and a system of mortgage insurance that protects banks from default.